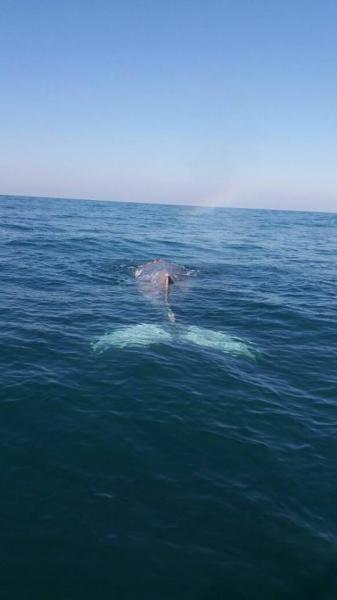 Day starts off with a SW swinging during the morning to an S then SE gusting 8kts at its peak around 2pm, max temp 28. Barometer 1012 dropping slightly to 1010. Wave height 1.2m period 13.

Fished like a beauty during our session on Saturday afternoon, Caught a Big Crab, Javelin Grunter, River Bream, Cape Moon Fish, Malabar Rockcod ( Live Glassy) and plenty of  Glassies , got smoked twice on whole Sard fillet, what more could we have wanted.

A report from a fellow angler, thank you Bjorn

Just wanted to give some feedback on fishing in the lagoon on Friday evening. Was slow in general. Fished with cracker shrimp and only picked up quite a Perch, a few Javelin Grunter, a Saddle Grunter, a Small Kob and a few Thornfish. Interestingly I have never seen as much structure on the bank downstream from the picnic area, and I think it's for this reason there are good numbers of Perch in the area. Saw them hunting in small packs along the shoreline. Also lots of Mullet...But wouldn't take bread. Got eaten by swamp or sand flies in the evening. Scratching myself to death right now!!

After the action in the week the surf was very quiet this weekend with small Shad and the off little shark been caught. Sunday morning had a reasonably big shore break other than that the conditions were good but no fish.

At last 2 fishable days that saw some boats cashing good numbers and some a few and some boats nothing, all in the same bay. Squaretail Cob were the main specie boated with the odd Javelin Grunter and some Rockcod, very few Slingers or Reds. The whales were everywhere and showing off, I will try add a clip to the report. The river mouth has a lot of water so going out or returning on the high is fine however leaving it for 3 hrs. After high and you will come unstuck as our charter found out when they tried to return 3 hrs. after high and had to get fetched, they got stuck and could not get over the sand banks.