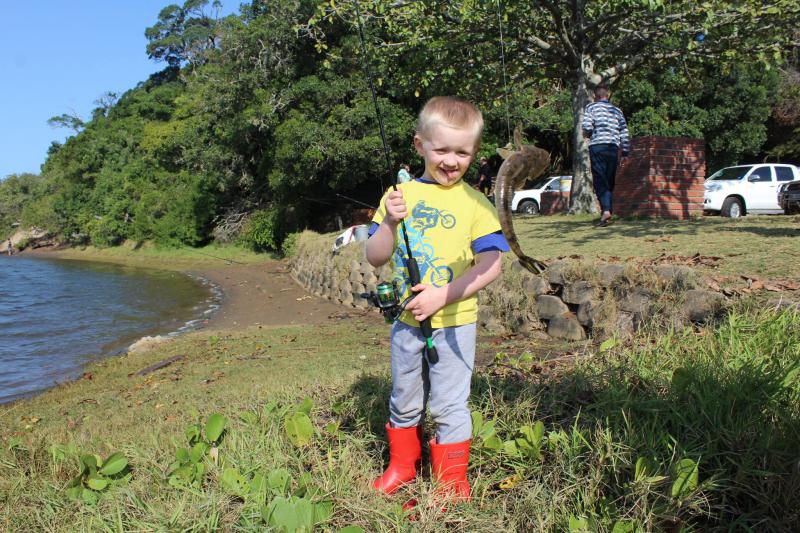 Saturday was a day of 2 halves the early morning fisherman caught nice size fish, a big Diamond that after a lonnnnngggggg fight broke off and 2 Cob of 2.4kg and 3.6 kg, caught between the logs and the tree to the right of the main car park. The afternoon was hectic, the NE belted down the river and nearly blew us away, and two fish were landed during the clinic, A River Gurnard  by a young Angler called Bjorn on his first fishing trip with his brand new rod and a Cape Stumpnose. Sunday morning was again productive with Rockcod and River bream being the main species caught.

The Whale has now washed up again but at the river mouth this time. Now that the sea has calmed down the fish are back, lots of Shad and Cob were landed yesterday morning before the wind picked up in the afternoon. Nearly all the cob were undersized, please do the right thing and put them back.

After the big seas during the week lasting till Saturday afternoon it looks like nobody launched however the guys are talking about going out to try their luck at the later part of the week, however today as it is panning out would be a perfect day. Water color looking good as is the swell size.