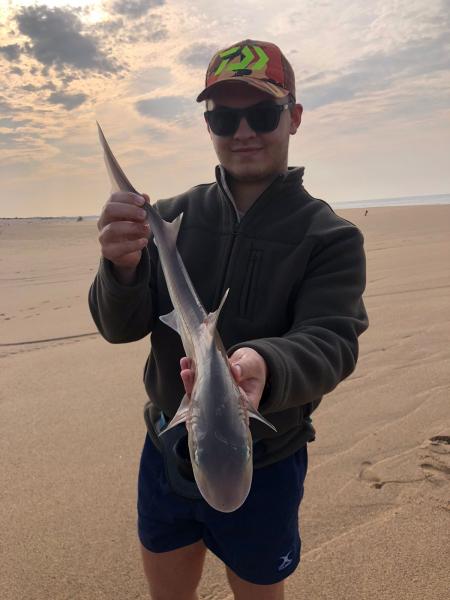 After the cold weekend it looks like we going to have a warmer week bar Wednesday when we are expecting rain in the afternoon.

The lagoon has been quiet big fish wise over the last week or so but that did not deter a few people from having a god over the cold weekend, lots of small Cob, Stumpies, Silago and River Bream were caught but after the ray from last week it was rather quiet for the big fish.

Currently there are a lot of small sharks in the bay namely smooth hound sharks, hardnose hound sharks (you can tell the difference by the hard cartilage on the nose) spinners, milkies and hammers. Edibles, there are cob still hear but the Garrick have moved off or are not on the bite, a nice shad of 2kg was caught so the big ones are still here, Jan got some spotted grunter which were released I think he got 5 fish that trip which 3 were grunter.