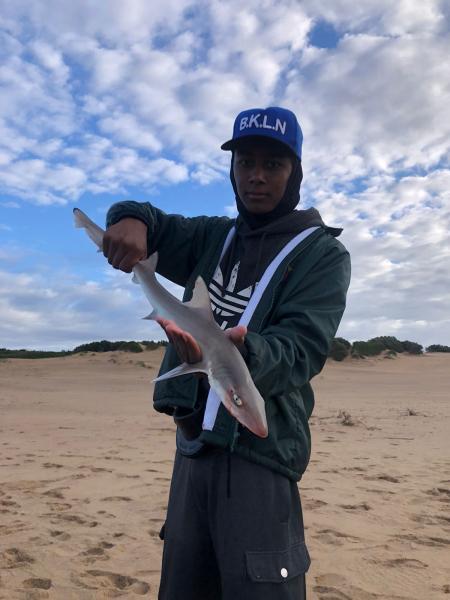 We are in for another good week weather wise with some nice hot days and little wind, a typical Zululand winter weather type week.

Now the colour has returned to the river one would expect the catches to improve but alas this has not happened, Malabar Rockcod are also starting to breed now, it seems quite a few fish breed in the river during the winter months, please treat them carefully and get them into the water as soon as possible.

Cob are starting to be caught daily but the ones making size are not caught in great numbers, the hot spots seem to be Main beach and Port Dunford bait used mostly Sardine and live Mullet. Lots of young Spinner Sharks are keeping anglers busy and so are the Spotted Pompano, the Longfin r Snubnose Pompano have left for the winter. Catches of Garrick are been made mainly in the area of the mouth on live Mullet of which most are between 6-10kg. Big Diamonds are also eating the Mullet so be on the lookout for them, more Diamonds have been caught in the river or the area of the river mouth. A interesting catch last week is what we suspect to be a hardnose houndshark.

Some Couta were caught during the week however most of the game caught in our waters were Snoek but not very many were caught, young Louis De Kok on his maiden voyage on his new Jet Ski returned home empty handed. Cob and Slinger were the most common species caught. We hear a lot of guys are throwing Rockcod back as it is their breeding season and this trend is growing amongst the ski boaters, well done guys.