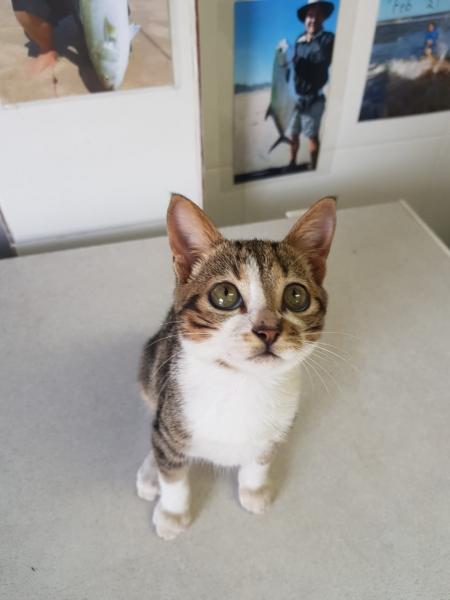 Today and tomorrow weather wise are great for fishing however this weekend rain looks to set in from Friday through to Sunday.

The slipway is not a car park period never has been and never will be, it is designed to facilitate boats entering and exiting the water and if you ask to move your car please do so, is it necessary to be rude about it and get law enforcement involved, me thinks not so just move your car if asked to do so. An angler reports on his trip yesterday he had 11 pickups from River Snapper and landed 5 all on Sard, they were not interested in live bait or artificials. Further to that the river has been alive with fish and yesterday I took 2 boys fishing and one lad got a Russell Snapper on his second cast he ended with a River Bream and Silago, needless to say he is hooked. On Monday afternoon a angler reported gill netting took place and he required assistance fortunately 2 Honorary Officers were on the water and they arrived on the scene first followed by the rangers from Ezemvelo, the net was retrieved with the loss of 5 fish with a Spotted Grunter and 3 Giant Mud Crabs been released, the rangers then confiscated a bigger net from the river bank in all 2 nets were retrieved of about 800m, a great joint effort by all involved and determination by the angler as he was hanging onto one net while the poachers were trying to pull it back out resulted in the capture of 2 nets.

We welcome a new addition to our shop her name is Mtunzini Angling Club Dunford or MAC for short. While the guys were waiting for the rest of the team and the Port Dunford junction MAC came walking out of the bush meowing and started rubbing up against the guys, Neil realized this must be a pet cat someone dumped and he bought it to the shop and MAC is cuddled by all and sundry and seems quite happy. Fishing has been very up and down lately due to the big winds we had however yesterday for a change on a long weekend fish were caught from the beaches most notable was a 2.56kg Catface Rockcod caught in front of the Siyayi plus some Snapper Cob it seems the small sharks have left us. The side wash was very strong on Sunday despite that the common venue fished at Port Dunford went ahead, Gawie caught at 41cm Cave Bass from the surf another unusual catch beside that very few fish were caught, some guys managed some decent size Cob fishing the banks at the river mouth.

Pops Duck was in the action yesterday, Shaun and Peter got some nice Cob, Wit Oliphant also got some but the guys really hunted like mad going to a lot of different spots to find fish. No game fish were caught on the local boats even High Point was quiet. There are some boats out today with some more guys planning to go out tomorrow before the weather turns.