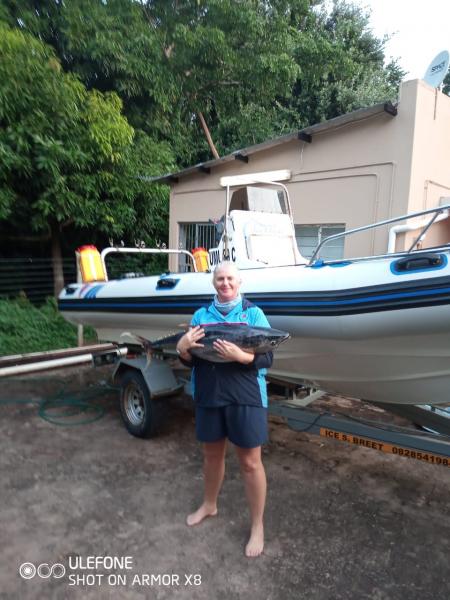 Big rain forecast for Tuesday and Friday apart from that the conditions are playable, Sunday looks the best day for boating.

Apart from the usual Rats and Mice it seems a lot of Eels were caught and by the sounds of it they were Slender Moray Eels, the horrible ones that tie themselves in knots, the best way to deal with these guys is to remove the hook, cut the line and let them untangle themselves then discard the line in a bin. Mike caught a baby Regulated Whiptail Ray it is good to see the babies are using our estuary to hide in.

After Fergus got his 2nd Diamond on Monday they seem to have disappeared, could Fergus have had a private smash to himself? Fergus and Chris both got small Zambies of around 1.2m this size Zambie has just left the safety of the estuary where they hide after been borne, these fellas have to eat like mad to get out of the food chain. Jan Sambriel has a dream to catch a big GT he did get one but it was only 4.6kg. Lots of Snapper Cob and baby Cob please be mindful of the legal size of Cob no matter how tempting it is to keep one in order to transport fish it must have its head and tail on. After the wind storm on Friday the sea has calmed down and is fishable once again.

Last week saw the guys fishing for 4 days some launched more than once, most of the chaps were chasing Couta and were successful however some were not, Gawie lost 3 to the tax man. Frikkie caught a Rockcod on an artificial take note of what lure he was using. Susan got on the fish again with a decent size Tuna. 2 bots managed 5 or more Couta, Believer with Gert, Ross and Gerhard got 5 and Greg on Wrightway got 6. We also had a few visiting boats but I understand they were only fishing for bottom fish only. The Couta caught were all teen ages with the odd one in its 20’s.