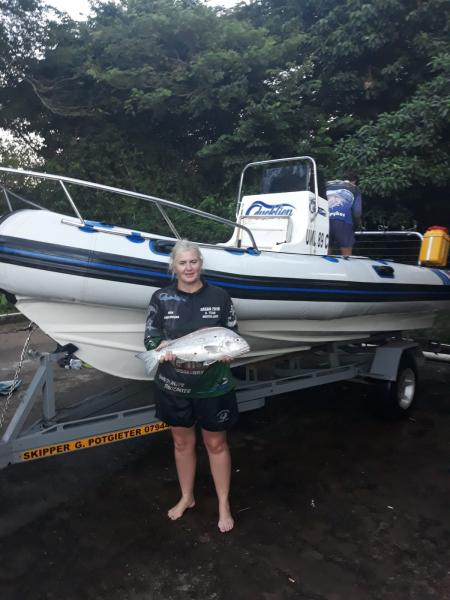 At last we got a week of North East and Easterly winds which should bring in colder water and with that more fish.

The lagoon was very bust over the weekend and at times it seems there was more boats on the water than cars in the main road. Lots of River Snapper were caught over the weekend, the best place to catch these fish are near structure especially trees that have fallen into the lagoon, if you don’t have a boat walk along the river walk to the mouth and the patch will bring you to some very good spots as a lot of anglers say the more effort you put in the greater the reward. Ryan got about 4 River Snapper on his trip. Wesley got a massive River Bream it was almost black in colour meaning it is a very old fish as we put it nearly 2kg in weight he also managed 2 River Snapper. Pickhandles are starting to get bigger now and will soon leave the estuary.

Fishing in the surf was very quiet but having a small swell it goes like that, the guys put in serious hours yesterday fishing postal and it appears a Lessor, Shad and an Eel were caught , no news of anything decent been caught.

Sarel vs Pat competition on Sunday was won by Pat as Sarel was nowhere to be seen, perhaps he forgot anyway Pat did not and went on to boat “200tons “ of fish quiet where he put these fish remains a mystery.  On Friday Sarel and Sakkie caught a 19.0kg Couta and the guys went into Couta mode however they were not so lucky but caught some good bottoms a notable catch was Susan with a very big Rubber Lip of maybe 5kg, Gawie reports his boat had good catches of Kob, Lanterns, staxs of Rockcod which they put back and a few Slinger, most of the Kob were caught on Wednesday with Saturdays catch been a bigger variety.