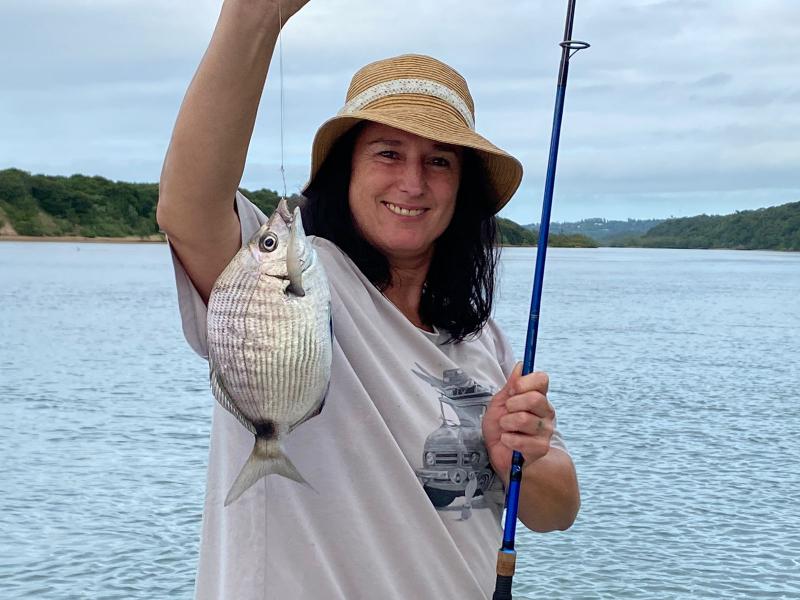 We have some rain forecasted this week mainly on Wednesday although it does not look like much wind the wind we have will mainly come from the south, Thursday could be a good day for fishing as the sea temp is at its lowest.

Bryce go himself a nice size Diamond and a small Kob while Adam and his crew got stuck into some nice fish which included a Blacktail of which is not a common fish to the river. During the weekend Malabar Rockcod, River Bream, Spotted Grunter and Javelin Grunter made up most of the catches with some Eels been caught in the mix of things and not many crabs. The water has settled a lot and is back to its normal colour, most of the bigger fish are caught towards the mouth on the incoming tide. Wesley said he got 2 River Snapper and some River Bream but all were on the small side.

The surf has been very quiet with grass and roots getting in the way, the dirty water from the Tugela arrived during the week which did not help, some Stumpies we caught but not many. Riaan managed a 2m Raggie by himself at the banks and battled to get it out the water and back in.

Thanks to Sarel and Pat for cutting the branches that were hanging over the road on the way to the park, so now nobody has to worry about their boats been scratched. A bit of advice when launching through the mouth, be on the lookout for patches of weeds and roots, these have been washed out of the Tugela and are making their way up to here.