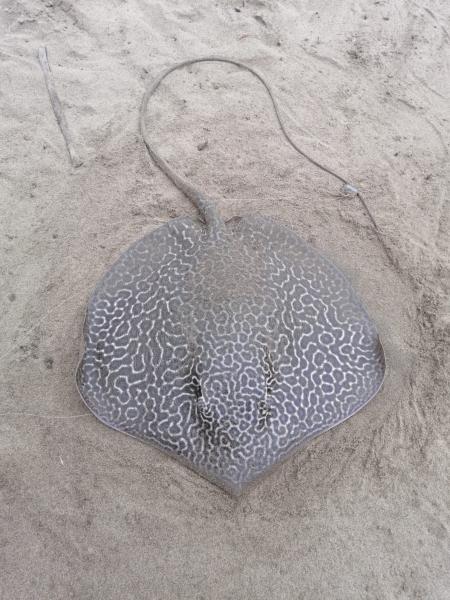 Today and Thursday are raining days however tomorrow is going to be hot and Wednesday so guys are planning to go deep sea, for the shore guys we suspect you will be contending with a South North side wash.

Prior to the rain the lagoon water was dirty with a lot of silt in the water, we have no idea how this occurred as we had no big rain for some time. This did not stop Wesley from getting a nice size River Snapper yesterday nor Neil from catching a Honeycomb Ray or a Regulated Whiptail Ray as they are called in most parts of the world. Wesley put in 2 hard sessions over the weekend Saturday he got a few bits and bobs and had a few runs but Sunday he finally got a hook up and this time using his net managed to boat his River Snapper, this he caught on his smallest stick with light tackle and had a good fight.  Not much was reported apart from lots of juvenile fish been caught.

Rats and Mice again during the week, yes there are a lot less guys fishing at the moment but they are covering the local area, the place that is producing decent size edibles is the Dogantweni area particularly Boyens beach and mainly Kob just before 9pm when we must go to bed. Non Ed fishing has been very disappointing with even young Chris not getting pickups although the conditions have been quiet good, this time last year we were getting at least 1 Zambie per session now we getting 1 per few sessions, no reports of Java Sharks yet either.

Sarel is trying hard to get a monster Tuna and has started catching them over the 20kg mark and has a feeling they will be getting bigger as the season goes on he fishes hard and we wish him luck. Some guys are planning to go out on Wednesday as this seems about the best day of the week hopefully the Couta will be about as they were just before the unsettled weather arrived.