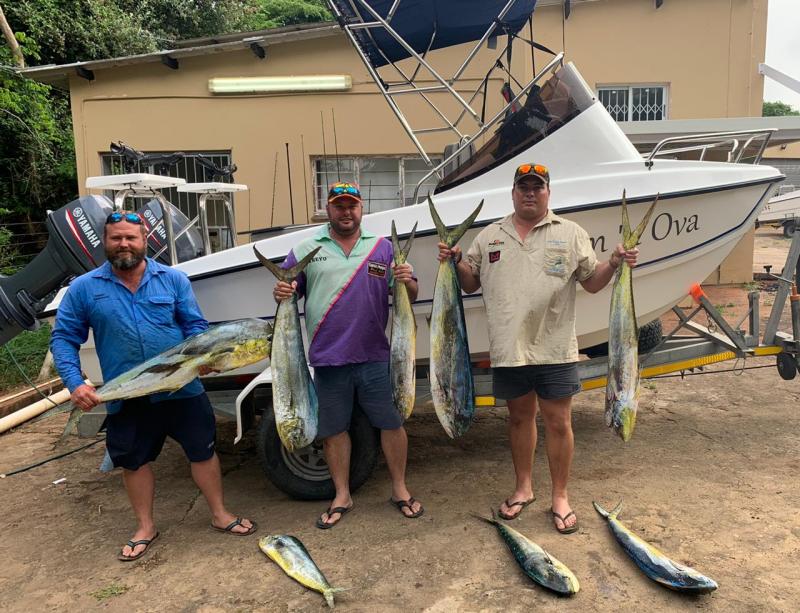 This week we have some rain for a few days but the good news is the wave height will increase and the fish should come back on the bite, clean flat seas make fishing very difficult for Ski boat and Rock and Surf.

Fishing seemed to be slow in the lagoon over the weekend for some reason as not real reports of good catches been made however young Ken got a Honey Comb Ray in the Amatikulu River caught on Sand Prawn.

Fishing was very slow over the weekend in most places with reports of a few Shad, Kob and Brown Skate been caught, however one groups on the Banks on Sunday caught 3 Black Tip Sharks, the biggest was 117 kg and 12 Giant Guitar Fish great action at last well done Chris and Mike most of the fish were caught on throw bait with only 1 Sandy and Black Tip caught on Drone. Now the swell is at about 1,5m creating sand movement and bubbles the fish should come back to feed in the surf zone.