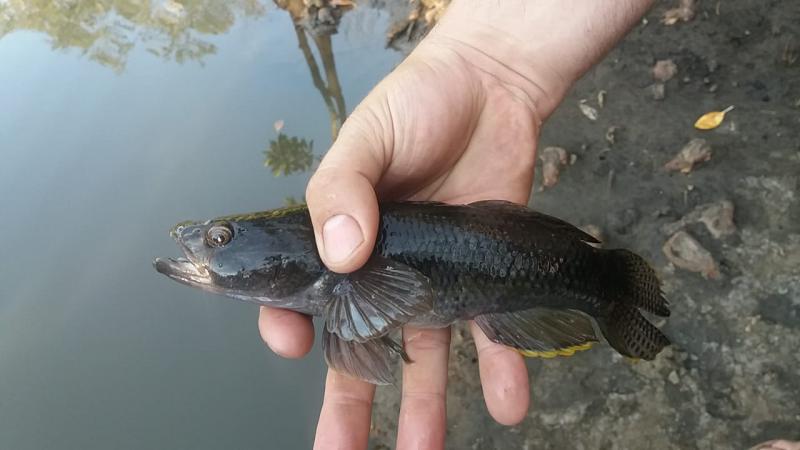 Got to be a hot week and about time, we are going to have 3 days of NE making Thursday afternoon into the evening my pick of the week.

It seems like the fish were showing off over the weekend with each species trying to get caught, one crowd got 13 different species if one counts the Eel. The most unusual fish caught was a Tank Goby which at first was thought to be a Dusky Sleeper as it was very dark coloured, these fish are normally brown however this fella was nearly black, the big give away is the proceeding lower jaw. This lagoon is arguably one of the best estuarine systems to increase your species list.

Poor old Rudi just can’t seem to get it right, for the second weekend in a row his wife has given a severe hiding on the beach, this weekend it was with another nice size Shad. Duppie and his family racked up the species fishing on main beach namely Spinner Sharks, Lessor Sand sharks, Snapper Kob, Squaretail Kob and Shad 17 fish in total all released, well done on the releases guys. Non eds seem to be a bit slow.

Peter and Pieter cleaned up on the prizes at prize giving on Saturday morning at the club, the 2 notable fish were Peter with his 94KG Yellow fin Tuna and Pieter with his 33kg Couta, Boela was not 2 far behind them with 2 prizes, most Controversial fisherman and he also won the Toilet seat, bless him. Despite the Covid lock down we still managed a small profit, well done to the committee, Kevin Dicks announced he is stepping down after 2.5 years as chairman he will be a very hard act to follow.