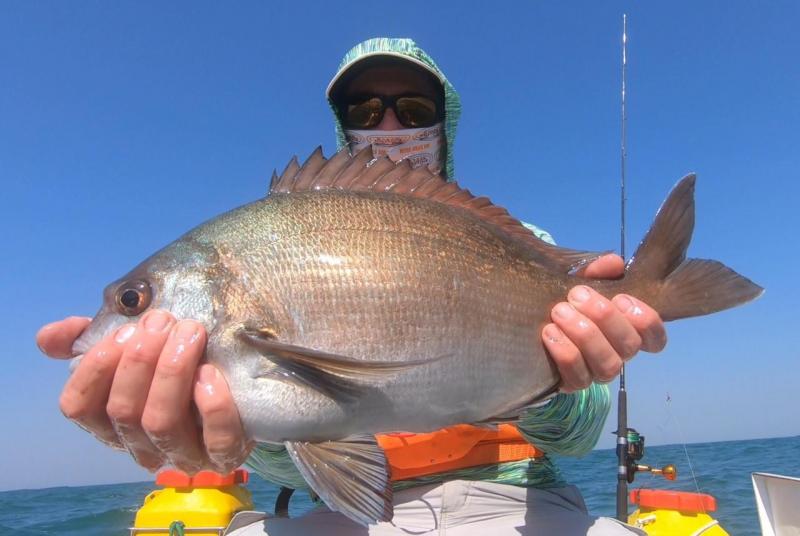 Massive surf and wind for the remainder of the week however tomorrow morning before about 11am there is a good window with a nice rising barometer till about 11.

A small baby Zambie was caught in the gill nets over the weekend and I did not know they came into the estuarine system during the winter, talking to a shark expert of 37 years in research he tells me that they live for up to 3 years in a estuary before venturing out to sea, initially they return frequently before spending longer time out at sea eventually they do not return. Whilst from time to time they do get caught in our estuary the numbers are not sufficient to say that our estuary is a nursing ground for the sharks but they do rock up none the less. Fishing over the weekend was scratchy at best with many an angler blanking but that is how it goes.

Spinners were the main species caught again over the weekend with some nice size Shad thrown in between them, a bus of a Shad was dropped on main beach I am told and I think it could be it was forced on the last part of the fight, I think it was the because the fish was been retrieved on the suck back of the wave creating more pressure on the hook up this is combined with the fish fighting the hardest as it does not want to come out of the water.

Merriman made the most of the weather on Saturday and headed north towards Patinga and caught some nice fish including a decent size Bronze Bream, a first for him, he also managed 3 types of King Fish plus some bottoms however he was Jigging for most of the time and that is probably why he got the King Fish. We are told the mouth is quiet deep at the moment but the channel is narrow still with the sand bank to you south creeping north.