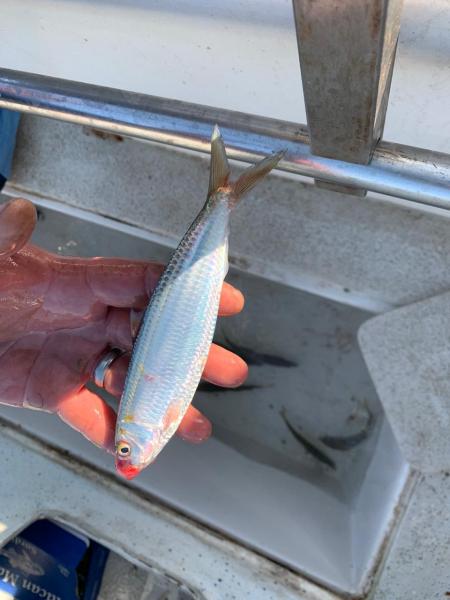 We still have big swells for today and the see starts settling from tomorrow going on till the weekend, it seems as a berg wind is coming through on Thursday and Friday and as they say when the wind is hot at night it is good for Kob.

Yesterday morning I was on the lagoon covering the distance from passed the R102 bridge till the river mouth, the water was murky throughout and we saw a lot of fish activity after the trip I went to the main car park and watched Hienrich fishing with his 2 daughters however Dad was fishing while they played in the water and while chatting he must have caught 8 little fish most of which was Spotted Grunter.

The beaches are still closed to fishing, we think they might open in level 2 at best or level 1. Surf fishing was a night mare over the weekend and this looks to continue into the week because of a very strong side wash and very big surf only settling from Wednesday. Thursday and Friday look the best day for fishing.

Chaps it seems as though this local up has affected our ability to stay in a vessel or is it a disease the Jet Ski guys passed onto the boaters as yet another angler donnered off a vessel over the weekend and that happened during the retrieving of the anchor. Fishing was tough over the weekend with big surf conditions at the mouth making launching tough, some boats did turn back but those that got out caught fish and some decent sizes to.  Species caught were Kob, Soldier, Slinger, Catface Rockcod, Spotted Grunter, “wilder Perd”, Couta Snoek, YFT and Glassnose Anchovy.  The game fish were caught by Nanook and Kuku off Richards Bay.  The Snoek was caught on the trawl using the Glassnose Anchovy as bait, this species makes excellent bait especially for Couta. I was at the mouth yesterday while the tide was going out and it looks like the channel is running tight along the beach towards Port Dunford.