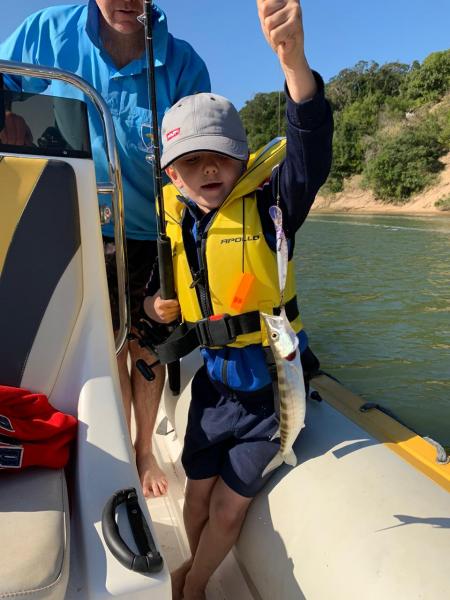 The cold weather seems to be here for the remainder of the week with some big rain forecast however that will not deter the diehard angler.

In spite of the cold weather the lagoon was very busy over the weekend with everybody keen to get onto their boats, however due to the boats lying idle for some time now there were several reports of misbehaving motors but hey that adds to the adventure. Fishing wise there are a lot of young fish biting mainly Grunter, River bream, River Gurnard and even Pickhandle Barracuda. River Snapper and big Kob seem to be elusive, I think the lack of big Kob could be due to the fact night fishing in not allowed as the lagoon is only open from 6am to 3pm.

The main beach is still closed to angling however with the sea been on its head over the weekend those that did try catch fish in other spots battled with a very strong side wash, 8oz sinkers were been washed out literally within seconds of been casted in. The side wash looks to be here for most of the week which is not good for fishing at all. The best place or area to fish will be the river mouth at Port Dunford.

There was a break in at the Ski boat club on Saturday night and rods and reels as well as the trailer spare wheel and batteries were stolen from a boat. The rods are for catching Couta and the reels are Shimano TLD’s please be on the lookout for them and if you are offered these rods and reels please do the right thing and hand them in either to the shop or the ski boat club. Some boats did brave the big swell and I believe some Tuna were boated, Young Sarel is out there as we speak having launched from Richards Bay as out launch sites are still closed to launching to go out to sea.