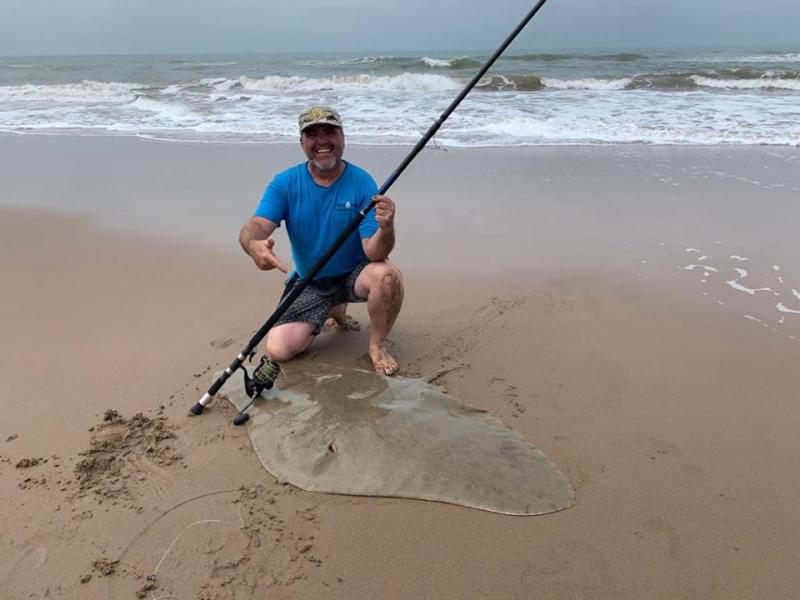 One night during the week the Parks Board did a gill net patrol and pulled 1,669km of nets out, there were 7 nets in total, there were various species in the nets and the biggest one was 200mm but most around 100mm kind of sad that these small fish were taken. It does not appear that the massive shoal of mullet reported seen in 2 different areas were caught in the nets. Some good smashups were had by fish biting the line off above the traces unfortunately the fish species remains a mystery. The river is very full at the high tide indicating the mouth is nice and deep. There is quite a bit of current in the mouth on the outgoing tide so be mindful of that if you fishing in a small boat.

Nothing big was landed locally this week although during the week there were 3 big fish lost due to the line been broken by what we suspect to be other fish, one of the bust offs happened a hr into the fight and the fish was nowhere near ready to be beached. Paulo managed a nice Diamond on the main beach however most of the catches have been small Shad. The sea is wild today so the best times to fish over the weekend will be from late Saturday afternoon.

Sarel went out during the week and got a nice 19kg Tuna and a lot of smaller ones, this was out deep. I was just chatting to someone who fishes the Richards Bay area and he was telling me that got some Shad as they left the harbor and thought game on, they had some nice size bait but it was not to be but it goes like that. Me thinks this weekend is going to be a trace building one with the sea not settling for the next few days.