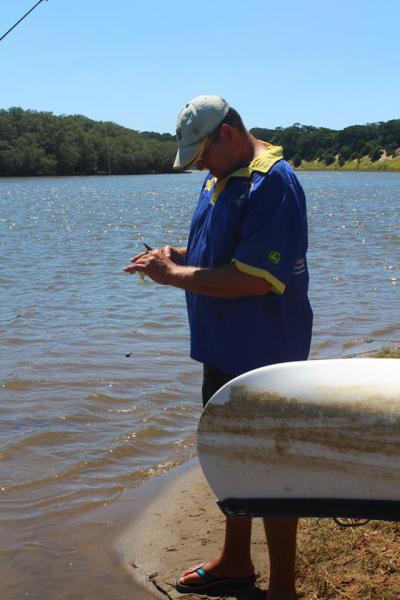 Weather forecast for this weekend.

NE swinging to a SE starting at 3knts and raising to 8knts by late afternoon. Max temp 28. Barometer starts at 1010 rising to 1012 before dropping back to 1010 in the late afternoon. Wave height starts at 1.5m dropping to 1.3m with a period of 13……. Good fishing day for deep sea.

NE swinging to an ENE with the wind starting at 4knts rising to 12knts later in the day B 1001 dropping continuously down to 1005. Wave height 1.3m rising to 2m and the wave period starting at 14 going to 17 then dropping to 15.

Early morning N @ 3knts swinging very soon to a SW gusting 29 with rain forecast, max temp 25. Barometer starts at 1006 rising to 1016. Wave height 1.8m rising to 3.2m in the evening. Good for rock and surf for the weekend as it will bring colour back into the surf zone.

The lagoon was busy this weekend now that the river has started to settle and gets its colour back, the mouth is nice and deep which results in a higher tide surge pushing clean water in.

What a weekend was had by all on the beach eds and non eds played their part. Square Tail Cob, Snapper Cob and Shad were the main edibles and on the non ED side a beauty of a Honeycomb Ray was landed in front of the Siyayi of 64kg, I asked for a pic to put on the report but I have not received it yet. Diamonds made there appearance and by sounds of things, the area in front of the Chalets and Siyayi were rocking. Still waiting news from the banks but I suspect due to water colour it was very quiet. Sunday was not so good as the swell dropped and the water cleaned up a little too much.

Saturday for some reason was slow in the bay however of Richards Bay some fine game fish were boated to the North. Some bottoms were landed after a long day out without anything out of the ordinary i.e. Cob Slinger, Rock Cod. The 2 boats that launched yesterday were full up in a few hrs and were both back before morning tea, unfortunately even though they had lives out it was more to appease the tax man.

Great excitement in the shop when we got 2 charter bookings out of the norm. A Charter from some guys from Denmark for bottom fishing/ game fishing combo and a Dive Photography Charter to specifically film pregnant Ragged Tooth Sharks for a documentary for National Geographic. We know where we can find them and they have been doing research themselves and have spots they want to try, makes for an interesting day out.