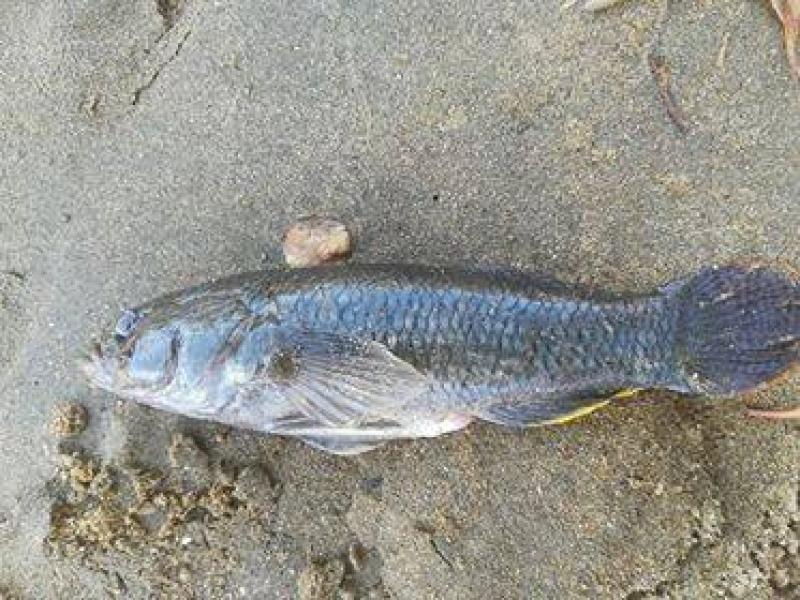 W first thing gusting up to 11kts and although the wind swings to an E buy the afternoon the wind speed remains consistent. Max temp 27. Barometer behaving for a change starting at 1012 rising to 1013 and then dropping quickly to 1009 at the onset of the E, good fishing day. Rain forecast in the evening. Wave height 1.5m P17.

NE 14 for most of the morning then the wind drops to 10kts at the onset of the SE and remains the same for the remainder of the day, again rain forecast for the evening. Max temp 29. Barometer not playing ball at all, starting at 1002 rising to 1004 then drops of to 1000. Makes for a tough days fishing. Wave height 1.6, period 8.

I was on the lagoon this morning and there was a hive of activity from the N2 to the mouth. We sat and watched 2 Anglers fishing with lures getting stuck into the River Snapper, they caught 3 in the few minutes we were watching them. Pickhandle’s are active so remember to use wire. River Bream, Spotted Grunter and Cob are been caught regularly, the Diamonds seem to have moved off back into the sea. A Dusky Sleeper was caught in the Siyayi river earlier in the week, this caused great excitement as nobody knew what it was, as far as I know it is a first for this area.

A lot of small sharks are been caught and seem to be getting to the bait first, be patient because if you catching little sharks you are fishing in the right area. Old Ramp and Doggies seem to be producing more than the main beach for some reason, Port Dunford is also producing fish, and I believe it is because it is easy to get into the channel which runs out of the river mouth.

Yesterday an angler had the winch on the rod broken by a large shark while bring up a fair size fish, not a common occurrence however the boats working the Richards Bay area and to the North had good catches of Dorado, Snoek and a variety of Bottoms, Tuna are also been boated but no Couta yet. The river mouth is very shallow at low time so for early morning launching head straight to the beach.